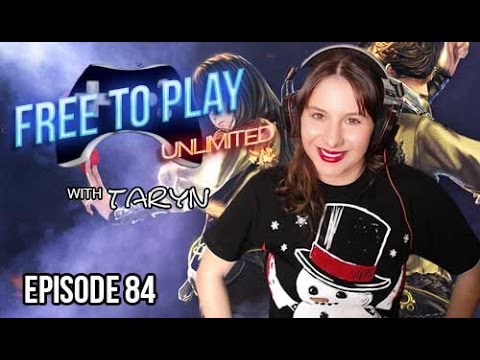 Free To Play Unlimited with Taryn is the exclusive FreeMMOStation.com webshow about free MMORPG and F2P MMO games. The team will bring you exciting news, quizzes, the most anticipated F2P games and more. Subscribe to our channel so that you never miss an episode!

Visit www.freemmostation.com to discover the best free to play games and coverage and don’t forget to register!

In this episode Blade & Soul welcomes the Warlock class, Tree of Savior is warming up for the international beta, TERA gets the new Dawnfall update, Scarlet Blade covers up and says goodbye and League of Angels 2 reveals a bit more about itself. The featured first looks are the decent first-person shooter Ghost in the Shell: Stand Alone Complex – First Assault Online and the very familiar MMORPG Titan Siege. The most wanted game of the episode is Cardfight!! Online, a card game based on the popular Cardfight!! Vanguard trading card game and anime series. If you know the answer to this episode’s quiz, then leave it in the comments below or in YouTube, along with your suggestions.

Games featured on this episode:

Games shown during the intro: